How To Improve At Ping Pong

After playing table tennis for a few months, you have gained familiarity with the basics and confidence in your ability.

Although, if you’re trying to progress from beginner to intermediate, it can often be more challenging than you think. What often hampers players from getting to the next skill level is the way they position their body, hit the ball and who they train with.

Playing against the same few opponents reduces the variety in play and doesn’t do a lot in the way of development.

But there are some steps you can take early on to help develop your skills and improve at ping pong in a much quicker way. We take a look at a few of these here.

As a beginner, you focus on the simple aspects of your game. You’re more worried about returning the ball on to the other side of the table, rather than the way you’ve returned the ball.

As players get more confidence they start to experiment with other strokes and styles. This can lead to a point where players solely focus on these new skills and forget about the basics. Then when playing an important point, they lose out because they either tried to play a “fancy” shot or hadn’t practiced enough with their basic stroke.

Don’t forget about the basic strokes! You’ll always need them in your locker so keep practicing.

One of the main problems beginners develop and often keep, is how tight they hold the paddle. They grip the handle so tight as if someone is trying to take it from them!

With a tight grip, players lose the ability to use their wrist. They have less feeling of the ball and they’ll find it difficult to change from a backhand to forehand stroke. They may also find their shots jerkier, which leads to less accurate shot making.

Players with this issue need to loosen their grip. You need to find a balance between not too loose and not too tight. Your wrists must be free to manoeuvre in different angles.

Alternate speed of your shots

Many amateur players will play table tennis against the same group of people, whether family members or friends.

The problem with this is that there is little variety of play. It’s very likely that you would be practicing hitting and receiving the ball at a similar speed. This will not give you a good feel for the ball and when you face other opponents, you will not be as well prepared for their style of play.

Give yourself some distance

Another issue that can develop early in a players table tennis career is standing too close to the table. This prohibits a player from attacking any balls that land closer to the edge of the table. In many occasions it leads to an error or an easy return for the opponent to punish.

To fix this, take a step back, so that you can still easily reach the edge of the table with your paddle. Experiment with different distances until you get in a comfortable position. You’ll find it much easier to return balls and attack them with accuracy.

An important part of improving your table tennis skills has more to do with the positioning of your feet, rather than moving you paddle! Go figure.

Some players get comfortable in playing a backhand stroke with their right foot positioned far in front of them. This is all well and good, until you need to hit a forehand stroke.

Positioning either of your feet in front of the other will make it difficult to get back into position to return a ball on the side of the forward foot.

The correct stance is having your legs spread and square to the table, about a shoulder length apart. You can have one foot a little more forward if you prefer. This will make it easier for you to get to each shot.

Another common problem in the strokes of many beginners and intermediates is the big follow through on the swing of shot. Similar to a tennis shot, the paddle continues traveling across the body after connecting with the ball.

While it seems harmless, this shortens your recovery time to get into a position to return the next shot.

We’re all guilty of stretching out in all different angles to try to make a shot at least once in our lives. On occasion this is ok, but making it a habit is detrimental to your game.

When a player reaches to make a shot, they are usually off-balance which results in a poor quality shot. The reach also makes it hard to have any control of the ball.

Get in the habit of moving to the ball. Again, footwork is important and staying light and ready for the return will help you adjust correctly.

This will give you more control and ultimately a better quality shot.

Get the timing right

Hitting the ball at the right time can be the difference between a beginner and intermediate player. This is something that will take a little time to get right, as it takes a lot of practice and having a feel of the ball.

You want to hit the ball at its highest point and in front of your body. This is where the ball is at its slowest and it gives you the greatest chance to attack the ball.

If you delay the stroke or hit the ball late or when it’s behind you, you’ll find that it will likely lead to an error or break down the rally.

Aim to maintain the same timing point. This consistency will provide you with good quality strokes.

Players that are too comfortable in practice mode, will often find themselves reverting to basic strokes or making silly mistakes in high pressure situations.

Give yourself the opportunity to play in pressure games and make sure you take your learnings into the game without falling back on your errors.

Give yourself the opportunity to play in pressure games and make sure you take your learnings into the game without falling back on your errors.

Play to your strengths

Every player has some aspects of the game that they are stronger at. They also have other aspects which they are not so strong at.

Good players tend to have a unique strong point about their game which is their weapon. This is something that a player will discover, nurture and evolve over time. Similarly, you’ll notice aspects of your game that may let you down on occasions. 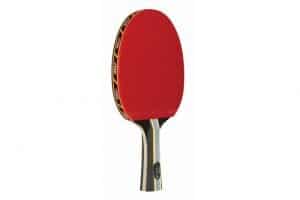 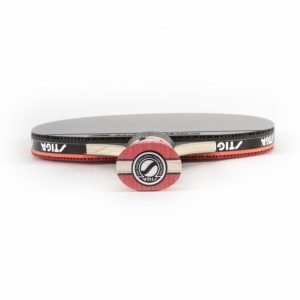