Looking back at the times I’ve played or watched a game of ping pong, I’ve always paid close attention to the serve, along with the style of the opponent.

So it’s not surprising that players and the International Table Tennis Federation (ITTF) have closely focussed on the serve. The ITTF have even spelled out a specific section in their handbook detailing the rules of the ping pong serve.

What does this matter for amateur players who have the occasional hit in their game room? Honestly, it might not make any difference. But, we feel its worthwhile understanding the rules of the serve. It might give you a slight advantage to your game or another excuse to call your friends and family cheats!

In this article we break down the rules of the serve in layman’s terms.

If you’re time poor to read the entire article, check out this short but succinct overview of the correct way to serve:

2.6.1 Service shall start with the ball resting freely on the open palm of the server’s stationary free hand.

The first rule is quite important and is all about how to hold the ball in preparation for the serve. Players must ensure they:

Before starting the service motion, it’s important for the serving player to be stationary. There must be a noticeable pause before they throw the ball in the air.

The key reason this rule is in place is to ensure no spin is added to the ball when thrown into the air. Adding spin can have an impact on the trajectory of where the ball will land.

2.6.2 The server shall then project the ball near vertically upwards, without imparting spin, so that it rises at least 16cm after leaving the palm of the free hand and then falls without touching anything before being struck.

There are a few key points to this rule. The first is to ensure the ball rises enough (16cm or over 6 inches). The umpire will then determine if it has been thrown up correctly.

The second point emphasises the trajectory of the ball toss. It must be thrown up vertically and not on an angle. It can be a few degrees off to the right or left (5 to 10 degrees roughly), but not up to 45 degrees as the rules previously stated.

The angle of the ball toss helps umpires determine that the ball is not thrown onto the paddle, which is a tactic that can help a player generate more speed.

It is illegal for a player to move their hand high and drop the ball while attempting the serve. The ball must be thrown up.

There is also no limit to how high the ball can be thrown up, it just need to be at least 16 cm (over 6 inches) and straight up.

Once the ball is thrown into the air, it means that the ball is in play. So if a player does not make contact or serves incorrectly, they lose a point!

2.6.3 As the ball is falling the server shall strike it so that it touches first his or her court and then touches directly the receiver’s court; in doubles, the ball shall touch successively the right half court of server and receiver.

The key take out from this rule is that the ball must be allowed to start falling before it is struck and cannot be struck while still rising. So contrary to many amateur players, you cannot hit the ball when it reaches its peak.

It also helps prevent an overarm serve, like performing a tennis serve. The ball must bounce once on your side of the table and once on your opponent’s side to be judged a correct serve.

The good news is that when playing a singles game you can serve from, and to, any part of the table. Unlike doubles, where the serve must come from the right side of the table and land diagonally in the opponents left side (from a servers perspective).

2.6.4 From the start of service until it is struck, the ball shall be above the level of the playing surface and behind the server’s end line, and it shall not be hidden from the receiver by the server or his or her doubles partner or by anything they wear or carry.

The most important take out of this rule is to ensure the ball is visible to the opponent at all times.

Unlike the early days of ping pong, nowadays the server must not obscure the ball with their serving hand (holding the ball) or an item of clothing. They must also have their serving hand above the table during the service motion.

Interestingly there are no rules which require a player to show their paddle. So players may conceal their paddle before they serve, either behind them or underneath the table. This may give an advantage of obscuring the way they intend to hit their serve and fool their opponent.

It is also legal for a player to stand outside of the table sidelines to start their serve.

Like rule 2.6.4, the goal of this rule is to ensure the receiver can see the ball during the entire service motion, especially when the ball is struck.

The receiver needs to be able to see how the paddle strikes the ball. This allows them to gauge whether there is any spin added and help them judge where the ball will land. Basically, this gives the receiver a better chance of returning the serve.

Combined with rule 2.6.4, it means that it is illegal to hide the ball at any point of the service action. Once the ball is thrown up, the server must remove their free hand away to not protrude the receiver’s vision of the ball.

This is actually harder to do than it seems and is one of the most commonly violated rules.

2.6.6 It is the responsibility of the player to serve so that the umpire or the assistant umpire can be satisfied that he or she complies with the requirements of the Laws, and either may decide that a service is incorrect.

This rule is rather self-explanatory. It’s the players’ responsibility to ensure they are playing by the rules. Otherwise, umpires can issues warnings or deduct points.

2.6.7 Exceptionally, the umpire may relax the requirements for a correct service where he or she is satisfied that compliance is prevented by physical disability.

If a player has a physical disability that may prevent them from following a correct service action, then the umpire is at liberty to relax the rules on what they deem as an acceptable service.

This is commonly applied during the paralympic games for example.

And for the return of serve..

2.7.1 The ball, having been served or returned, shall be struck so that it touches the opponent’s court, either directly or after touching the net assembly.

The key point of the return – is to hit the ball and ensure it bounces on the opponent’s side of the table!

If the ball strikes the net and then bounces in the opponents half of the table, this is still acceptable.

The most commonly asked questions about the ping pong serve

We’ve scoured the web and discussed with ex-players to come up with some common questions about the serve.

How many serves does each player get?

Each player gets two serves in a row and they continue until one player reaches 11 points. There could also be a deuce, for example, if scores are locked at 10:10. In this case, players only one serve each and alternate until one of the players gets a two-point lead to win the game. Ie 14:12.

Where do players need to stand during a serve?

It’s legal for a serving player to stand outside of the sidelines provided they remain behind the end of the table. You don’t see too many players doing this though, as it almost always puts them in a difficult position to reach the opponent’s return.

How many let serves are possible?

There is no limit!

Are there ‘fault’ serves in table tennis?

No – there are only let serves allowed. If a serve is not successful, the opponent is awarded a point.

Does the ball need to bounce in each diagonal side of the table?

No – the only time this needs to happen is during a serve in a doubles match.

Is it possible to serve at match point?

Absolutely! If it is your turn to serve, you can serve to win the match.

Why is the serve so important?

Back in the day, it was possible to just hit the ball on the table without worrying about how the serve was played. However as the game evolved, players began to use the serve to gain an advantage over their opponents. For example by obscuring the opponent’s view of the ball during the serve. The serve can dictate the tempo of the point and because of this, there is a lot more emphasis on ensuring a fair playing field.

What are some common illegal serving tactics?

Where the serving player obscures the ball from their opponent using their body or piece of clothing. This gives the server the advantage as it prevents the opponent from determining the type of serve. For example, whether it’s hit with top spin, back spin or a flat serve.

Short or no ball toss

One of the unwritten rules of any sport is to ensure a fair playing field. Some players try to get an advantage by catching the opponent off-guard and serve to them when they are not ready.

There is no set time limit for the service motion. Some players try to get an advantage by taking longer to serve. This might help slow the pace of play and disrupt the opponent’s momentum.

When a player strikes the ball during a serve while it is positioned above the table (not behind the table). This gives the server the advantage of being in a better angle to make a serve more difficult for the opponent to reach.

What are the penalties for illegal serves?

If you’re playing a competitive match, you’re likely to have an umpire officiate the game. If the umpire notices any incorrect behaviour or motion in the serve, they can warn the server and declare a let. According to rule 2.6.6.1, the umpire will only give you 1 warning during a match. So if you repeat the behaviour, you risk gifting your opponent a point for each subsequent offence.

In professional tournaments, if a player does not follow a correct serve they will likely be punished without having a warning issued! But if you’re playing at home, you’ll unfortunately have more difficulty enforcing service rules.

What happens if there is no qualified umpire to call an illegal serve?

Welcome to every amateur’s most common problem! Sometimes the rules are just not specific enough and can be open to interpretation. Other times its all down to who can argue the best and the loudest!

Thanks for reading and i hope its helped you understand the do and don’ts of the ping pong serve. Don’t forget to read our ping pong table reviews and ping pong paddle reviews if you’re looking for some new equipment. 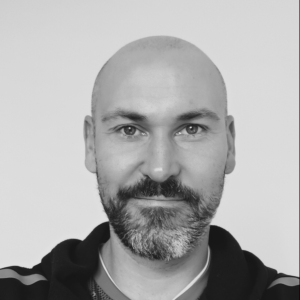 Hi, I'm the main editor here at The Games Guy. I’ve had a passion for games like table tennis and foosball since I can remember. I'm concerned that today's youth are not moving as much as they need to, so I'm on a mission to spread the word. And a bit of fun along the way! 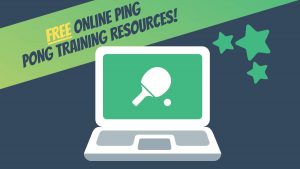 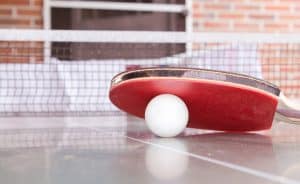 How To Keep Your Ping Pong Paddle Sticky

How To Clean Your Ping Pong Table